Week two of COP27 saw a move from large-scale governmental announcements and launches, to COP side events alongside the build in momentum as negotiations ran on what terms, issues and language would make it into the final cover decision text.

On 14 November Brazil, Democratic Republic of Congo and Indonesia announced a new formal partnership to cooperate on forest preservation. On 15 November a new IUCN Climate Crisis Commission (CCC) was launched in a live streamed session in the Nature Zone pavilion. The CCC mission is to push forward efforts by IUCN Committees and civil society to reduce greenhouse gas emissions and adapt to climate change.

Biodiversity Day on 16 November was a busy day for NbS. The COP27 Presidency, in collaboration with IUCN, launched the Enhancing Nature-based Solutions for an Accelerated Climate Transformation (ENACT) Partnership, to drive collective action on climate change and biodiversity. NbSI participated in the consultation ahead of the ENACT launch. In a COP27 session organised by the International Union for Conservation of Nature (IUCN), the crucial role of Nature-based Solutions in addressing the twin crises of climate change and biodiversity loss was highlighted in ‘Catalyzing NbS for Climate and Biodiversity Action: Global Commitments to Local Action’.

Brazil’s newly-elected President, Luiz Inácio Lula da Silva spoke in support of preserving “the vast biodiversity of the Amazon”, and has called for the COP to be held in 2025 to be hosted in the Amazon. As a special guest at the event ‘Amazon’s Letter – A Common Agenda for the Climate Transition’, hosted on Biodiversity Day at COP27 at the Hub Amazonia Legal by the Interstate Legal Amazon Consortium, Lula reinforced the fight against illegal deforestation, and signed the letter of the governors of states of the Legal Amazon.

NbSI’s Audrey Wagner and NbS Bangladesh team members Tasfia Tasnim and ICCCAD Director Professor Saleemul Huq discussed the importance of community participation and NbS for resilience to climate change in the Locally Led Adaptation Pavilion on ‘Blending People’s Participation and Nature-based Approaches for Enhancing Community Resilience’. Audrey outlined how NbS can increase resilience to climate change by reducing exposure and sensitivity to climate impacts and increasing adaptive capacity: “Participatory NbS can strengthen the social fabric and contribute to enhancing resilience”. Professor Huq highlighted that “the locally led adaptation community of practice needs to link up with the NbS community of practice. And I hope that those of us who are here at COP27 can take this forward to next year”.

Our updated interactive global map of best practice examples of nature-based solutions across the world, funded by the British Academy, relaunched at COP27, with further expanded cases launching at CBD COP 15 in Montreal, Canada in December. The latest edition of the map debuts multiple new features, including 4 new information categories for each case, a new type of case study called “model case studies” to highlight information-rich projects with successful ecological and social outcomes, development outcomes, improved and added platform functionalities, and a methodologies and definitions document.

On 17 November, NbSI’s Audrey Wagner spoke in Climate Registry Pavilion session ‘Greenhouse Gas Removals: Engineering, Policy and Legal Issues’, outlining the remit of biological & nature-based approaches to greenhouse gas removal, spelling out that “bioenergy with carbon capture and storage and afforestation are not nature-based solutions”.  Outside of COP27, at COP19 in Panama, the first ever CITES World Wildlife Trade Report debuted examining the ability of legal trade to protect biodiversity and empower Indigenous peoples, while also evaluating the threat that illicit trade poses.  NbSI Team member Seth Thomas worked as a contributing author helping to develop the reports chapters on conservation and socio-economic impacts.

The final stages of COP revealed a mixed picture on the progress made on climate, biodiversity and equity since COP26. For the first time, NbS have been included in the COP cover decision. This inclusion in the COP27 implementation plan is something many organisations, including our own, have been working towards, with its importance deriving from the oversight it gives parties to ensure NbS are not misused for greenwashing, violating human rights or harming biodiversity. Specifically, it includes the term nature-based solutions within a dedicated section on forest. Although NbS apply to all ecosystems on land and in the sea, including in urban areas, rather than exclusively forests, these indications of increased ambition and commitment are welcomed, but it is key that they translate into implementation and action, and are not subject to misuse.

As evidenced by the lack of commitment to phase out fossil fuels, highlighted by COP26 President Alok Sharma in his closing remarks, COP27 has ultimately failed to deliver on climate ambition. The text “emphasises the importance of protecting, conserving and restoring nature and ecosystems to achieve the Paris Agreement temperature goal, including through forests and other terrestrial and marine ecosystems acting as sinks and reservoirs of greenhouse gases and by protecting biodiversity, while ensuring social and environmental safeguards”. However, there needs to be the same level of acknowledgment of the need to reduce greenhouse gas emissions, and those investing in NbS must also be doing everything they can to rapidly scale back use of fossil fuels.

However, we do also welcome the breakthrough agreement made at COP27 to establish a fund for ‘loss and damage’ for vulnerable countries who have contributed the least but suffer the most from climate change impacts. Healthy ecosystems play an important role in helping people reduce and adapt to climate impacts, especially in the global south where dependencies on nature are high. Conversely, ongoing loss of and damage to ecosystems directly and indirectly via climate change can exacerbate human vulnerability to climate change. We hope that the UNFCCC’s Loss & Damage fund takes these interdependencies into account and can support the scale-up of nature-based solutions for those that need them most.

Read the full response from us at NbSI for an in-depth breakdown of the importance and implications of the inclusion of NbS within the cover text. Of importance for the future of NbS implementation is how this development at COP27 may impact NbS inclusion in the upcoming Biodiversity CBD COP in Montreal in December. We remain clear that investment in NbS must be channelled to the best biodiversity-based and community-led NbS and does not distract from or delay urgent action to decarbonise the economy.

The Carbon Community is running a large-scale tree planting experiment designed in partnership with scientists, to learn more about how to accelerate and enhance carbon [...] Read more November 25, 2022

Nature-based Solutions have been included for the first time in a COP cover decision. COP27, held this year in Sharm El Sheikh, Egypt has seen [...] Read more November 22, 2022 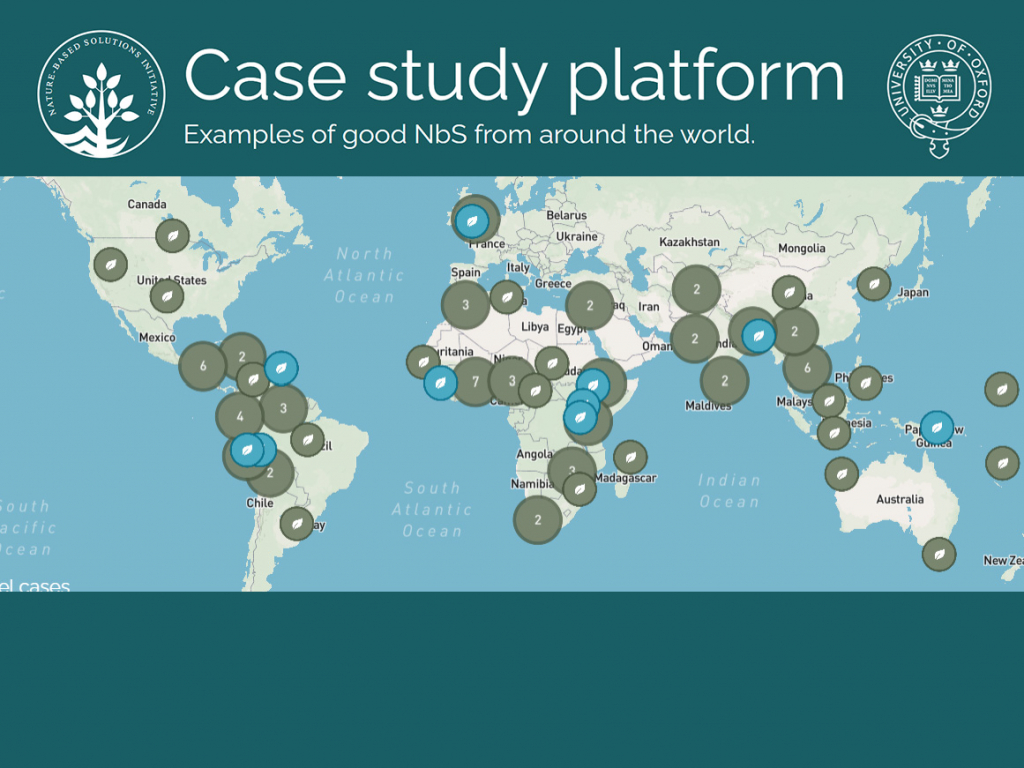