NbSI recently gave evidence to a House of Lords Select Committee investigation into the role NbS could play in meeting Net Zero targets in the UK (Nature-based solutions: rhetoric or reality?) Our key messages were reflected well in the report, which emphasised the need to deliver high quality, evidence-based NbS that are carefully designed to maximise benefits for biodiversity and people while managing potential risks and trade-offs.

The Government has now published their response to the recommendations. We have identified three key issues: avoiding unintended consequences from poorly designed NbS; directing more support towards neglected types of NbS; and enabling well-planned scaling up.

Loss of carbon when trees are harvested. This is a key consideration because UK Forestry Statistics show that about 84% of harvested wood in the UK currently goes to short-lived products (panels, fencing, pallets and packaging) or wood fuel. For hardwood, a staggering 91% is burnt for energy! In response, the Government says that a forthcoming report from Scottish Forestry (working with the forestry organisations in England, Wales and Northern Ireland) on the carbon balance of woodland creation and forest management, including the use of wood products, will be used to guide future policy. This industry-led report is expected to focus on the wider uptake of long-lived wood products and the benefits of substituting wood for high-carbon materials or fossil fuels.

Planting trees on peat. The report warned that planting trees on peaty soils can lead to a net release of stored carbon. In response, the Government says that the definition of ‘deep peat’ in which trees cannot be planted has been reduced from 40cm to 30cm in England, and that they are also planning more research and considering revisions to guidance such as the UK Forestry Standard.

Carbon market integrity. The Government is waiting for recommendations from the Integrity Council for the Voluntary Carbon Market on the Core Carbon Principles, the Voluntary Carbon Markets Integrity Initiative, and the Financing UK Nature Recovery coalition, to help develop clearer guidance for businesses and other organisations looking to invest in or deliver carbon credits without greenwashing. They aim to set out overarching principles and rules, and work with stakeholders to develop a more comprehensive standards framework for carbon investment services, later this year.

Carbon storage on farmland. The report stressed that we need more research into the potential to store carbon through NbS on farms, especially in farmland soils, and that farmers need much greater clarity on what support they could receive. The Government pointed to existing initiatives such as trials of a carbon calculator and research on ‘mob grazing’, as well as the launch of a new industry-led ‘Farming Innovation Programme’ in October 2021. In theory this could support research on NbS, although it also covers other options such as reducing emissions by modifying livestock feed. They also highlighted that more detailed guidance on the three post-Brexit Environmental Land Management (ELM) schemes in England (Sustainable Farming Incentive, Local Nature Recovery and Landscape Recovery) has now been published, and promise that further details will be released later in 2022.
Agroforestry and hedgerows. These neglected ‘land-sharing’ options have the advantage that they do not take large areas of land out of food production. The Government promises that they are testing mechanisms to support and increase agroforestry uptake in England, including advice and guidance needs and payment incentives, via the ELM tests and trials.

Blue carbon. The report called for more research on marine NbS that store carbon in saltmarshes, seagrass, kelp, algae and shelf sediments, including investigating a ban on bottom-trawling. The government says it will set up a ‘UK Blue Carbon Evidence Partnership’ to develop a roadmap for including blue carbon in the UK Greenhouse Gas Inventory, working closely with the civil society’s UK Blue Carbon Forum. They also point to recent reports on blue carbon from CEFAS and Natural England.

Protect existing ecosystems. The government agreed that we should not wait for better evidence before we act to protect our remaining natural assets. Backing this up, the Precautionary Principle has been included in the Environmental Principles Policy Statement published on 12 May, stating that “where there are threats of serious or irreversible environmental damage, a lack of scientific certainty shall not be used as a reason for postponing cost-effective measures to prevent environmental degradation.” The interpretation of cost-effective” will be critical in applying this principle! They also point to their proposed target to ‘halt the decline of nature’ by 2030 and increase species abundance by 10% by 2042 (which many are campaigning to strengthen via the current consultation).

Finance. The Government agrees that buyers and sellers should be able to aggregate projects and combine multiple revenue streams, such as carbon credits, biodiversity net gain and flood protection, although defining a way of ‘stacking and bundling’ benefits without double-counting will be complex and difficult.

Skills, training, guidance and advisory services. The Government says that the existing Green Recovery Challenge Fund and the Natural Environment Investment Readiness Fund could support skills development, and promises to provide long-awaited guidance to help Local Authorities develop their Local Nature Recovery Strategies. There does not appear to be any new commitment to enable more Local Authorities to employ ecologists, or to provide much-needed outreach advisory services to help farmers interested in agro-forestry and other agro-ecological options.

In conclusion, it is encouraging to see that the Government agrees in principle with all the recommendations of the report, and that policy does seem to be responding to many of the concerns, even if there is scope for greater ambition. We will follow future developments of these policy initiatives with interest. 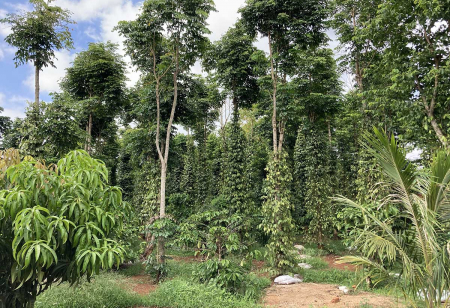 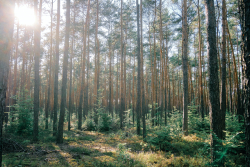 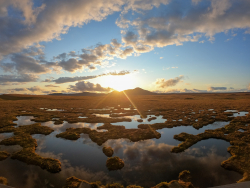