Fornebu airport, near Oslo, was abandoned in 1998 and has since been transformed into a multifunctional green space that reduces flooding, purifies water and boosts biodiversity, whilst also being a site for recreation, and residential and industrial land uses. When the airport closed, the site was heavily contaminated with pollutants such as oil, heavy metals and de-icing chemicals. To tackle the pollution, contaminated soil was removed and natural infrastructure was created including ponds, rainwater gardens and filter strips, which reduce pollution by dilution, dispersion and physicochemical processes. The ponds are designed to remove up to 90% of suspended solids (e.g. soil), 65% of phosphorus, 65% of copper, 45% of zinc and 40% of nitrogen.

Sustainable drainage systems were also installed that reduce the water flow during storms, lowering the chance and severity of floods. The drainage systems consist of a detention pond, swales and soakaways, which allow water to rapidly drain into the soil, avoiding accumulation of water on the surface and reducing the load on pipes, sewers and watercourses during heavy rain. Since rainfall is expected to increase in the area due to climate change, the sustainable drainage systems contribute to climate change adaptation as well.

This nature-based solution acts as a model for redevelopment of degraded, polluted land to provide multiple benefits to people whilst improving biodiversity. Read Naturvation’s summary, the case study document from Natural Water Retention Measures, and a summary paper, Astebøl 2004. For an overview of urban flood mitigation techniques, see Qin 2020. 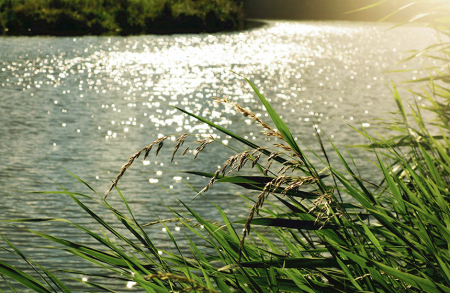 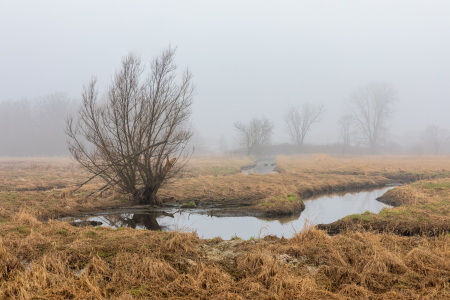