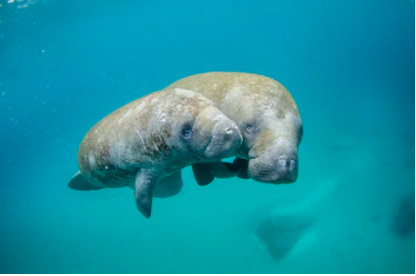 Seagrass meadows are found around the world, but the important role they play in regulating the climate system, as havens of biodiversity (including as food for manatees and dugongs) and in supporting livelihoods is often underappreciated compared to other ecosystems.

Seagrass meadows are receiving growing attention, especially in relation to their potential for carbon sequestration. However, a broader appreciation of the contributions of seagrass meadows to people’s quality of life will inform better interventions that enhance seagrass ecosystem health whilst also benefiting local people.

1) Material contributions, such as:

2) Non-material contributions, such as:

3) Regulatory contributions, such as:

The authors warn that the strong focus on just one of these contributions – carbon sequestration – can lead to policies and projects that side-line the direct benefits that seagrass meadows have for local people and overlook the cultural importance of these ecosystems. Such “blue carbon blindness” can lead to lack of emphasis in policies of customary tenure, and access and use by local people.

Instead, the close cultural connection between people and seagrass ecosystems provides an opportunity for empowering communities as part of restoration action. Central involvement of communities in gathering evidence on seagrass can spread awareness of the threats to seagrass resources, encourage improved environmental stewardship, and through increased engagement and scientific literacy may help build the political influence of local people, enabling them to drive policies which conserve seagrass ecosystems in a way that contributes directly to their quality of life. Valuation of blue carbon in seagrass meadows could still be useful for funding conservation, such as through payments for seagrass stewardship, but such projects must be led by local communities such that they enhance the direct contributions of seagrass to their quality of life.