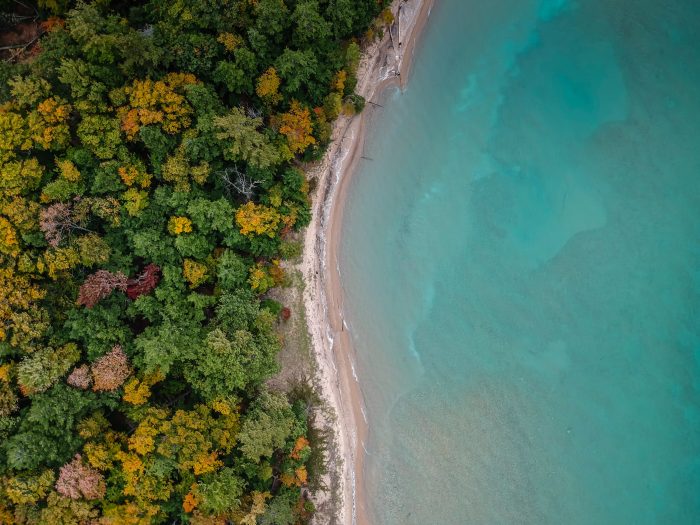 The NbS workshop was held in Brussels

There is growing global consensus on the importance of addressing climate change and biodiversity loss together. Promoting policy coherence, and broader alignment with sustainable development goals necessitates active collaboration across sectors. Recognizing the importance of this, the European Commission (DG ENV Biodiversity Unit) convened a 2-day workshop to stimulate knowledge exchange between approximately 70 partners across government, civil society organizations, and the private sector on the potential of Nature-based Solutions (NbS). Embodying the interlinked nature of biodiversity and climate change by design, NbS can be powerful tools to address both challenges if implemented at scale.

Embodying the interlinked nature of biodiversity and climate change by design, NbS can be powerful tools to address both challenges if implemented at scale

A key objective was to stimulate awareness and understanding around how NbS can promote synergy between biodiversity, climate and sustainable development policies at the international and EU level. Policy coherence is a corner stone of an effective enabling environment to support the scaling up of NbS. Coined ‘the biodiversity super year’ several key events are shaping up this year to inform climate and biodiversity policy, including the CBD (Convention on Biodiversity) CoP 15 and the UNFCCC CoP 26. In particular, the focus is on the post 2020 global biodiversity framework (to be released in October following the CBD CoP in Kunming, China), and the European Green Deal. The European Green Deal holds the potential to provide an integrated framework for EU-level initiatives, including the biodiversity strategy, climate law, zero pollution, and circular economies to support the restoration of Europe’s nature, address climate change, and improve human well-being.

The workshop highlighted how NbS can be successfully scaled-out across vast landscapes. For example, we heard from Elvis Paul Tangram on the Sahel Great Green Wall Initiative, and Lea Appulo (Wetland International; Asian & European Wetlands) who spoke of their experience in taking NbS to scale in the Sahel and Indonesia, respectively, to increase resilience to the impacts of climate change. Patrick Worms highlighted how regenerative, nature-based modes of farming hold tremendous potential for taking NbS to scale and generate more sustainable farming systems. Great strides can be achieved through innovation in the private sector as well. For example, a representative from Danone highlighted how Danone is working on a regenerative farming model to promote agricultural resilience and promote soil carbon sequestration. However, bringing NbS to scale entails important challenges.

Joseph Settele (co-chair of IPBES Global Assessment and IPCC CLO) set the backdrop by summarizing the recent IPBES global biodiversity and ecosystems services assessment report. Economic growth over the past 50 years has led to a 4-fold increase in the size of the global economy, a 10-fold increase in global trade, and the spatial segregation of production and consumption. This has coincided with marked declines in the majority of ecosystem services, posing significant risks to human well-being and our capacity to address climate change. For example, Lea Appulo (Wetlands International) highlighted that we’ve lost 85% of wetlands globally, at a rate 3x faster than forests. Similarly, The WEF Global Risk Report for 2020 showed that the top 5 risks to the global economy are associated with biodiversity loss climate change. Joseph highlighted that under business as usual economics, internationally agreed goals and targets for biodiversity will continue to be missed, leading to severe and unequally distributed consequences. For example, dominant legal frameworks, including across Europe, incentivize economic activities which damage rather than support nature. Addressing this requires a concerted set of actions across scales to reform governance, economic systems, equity, promote cross-sectoral planning, and support social narratives that question the economic growth imperative and raise ambition for nature.

Ultimately public money is a crucial factor to kick start the transition, as businesses and farmers are unlikely to take the initial risks of shifting modes of production at scale, which in the short-term can impose heavy cost burdens. However, businesses do bear a share of the responsibility in facilitating this transition, and large businesses, like Danone, dependent on resilient production landscapes can assert significant leverage to reform supply chains.

There is a tension between the need to scale-out NbS across landscapes, and the context-specific nature of successful NbS implementation. To be successful, NbS need to be shaped to local social-ecological realities. However, large scale NbS initiatives, such as the Great Green Wall Initiative, can be successful so long as they provide a framework which allows shaping practices to fit local contexts. This is crucial, highlighted Graham Wynne (WRI), because while adaptation is often framed as being context specific it often works best at scale, such as for managed retreat in coastal zones to address sea level rise and associated impacts, or large-scale restoration to protect watersheds. Successfully navigating this tension is therefore key to maximize impact at scale.

Successful NbS are co-created with the engagement of local stakeholders

Patrick Worms (President European Agroforestry Federation) emphasized that NbS cannot be designed in ivory towers. Approaches conceptualized in academic silos are disconnected from local realities and often fail as a result. The successful implementation of NbS rests on engaging local stakeholders from the start. Such approaches are termed transdisciplinary, as they involve the merging of knowledge and expertise across sectors. Academics and NGOs can help harness science to support the design of NbS, and in turn, local stakeholders bring the in-depth understanding of local social and ecological realities crucial to inform the design of NbS. Patrick Worms highlighted how, in the 1980s, new alley cropping methods conceptualized by academics failed on the ground because they were incompatible with local farmers’ ways of working. Therefore, the appreciation and weaving of diverse ways of knowing is not only an ethical imperative, but essential from a practical point of view. Afterall, the keystone species in any nature-based system is humans, and therefore their engagement is crucial to the success of NbS.

Collaboration is key to success

Only through collaboration will a global movement emerge, underpinned by strategic vision to support the scaling up of existing initiatives and projects. David Nabarro (NbS Coalition facilitator, 4SD) underlined that advancing NbS requires focusing on the ‘4 Ps’ – Processes, People, Politics, and Practices. He emphasized the need for collaborations through multi-stakeholder, multi-disciplinary platforms across various groups working on biodiversity, agriculture, climate and development to combat sectoralized government decision making. He highlighted that an integrated approach is not only necessary to achieve the SDGs, but politically desirable.

Powerful narratives are crucial to scale up NbS

David explained how changing the narrative from ‘nature or people’ to ‘nature and people’ has created unprecedented political momentum for NbS. We need powerful narratives and champions across sectors to mainstream them. While economic valuation can be key to increase the engagement of key stakeholders such as farmers and businesses, alone it is not enough. Ultimately, promoting collaboration and increasing ambition for NbS across sectors and decision-making scales requires re-shifting priorities to recognize the benefit of harmonious interactions between people and nature. A challenge however is clarifying what this narrative means in practice, as it is subject to conflicting stakeholder views, for example between farmers and ecologists. David Nabarro and Stewart Maginnis (Global Director of Nature-based Solutions Group) suggested that mainstreaming nature in political processes and successfully navigating the complexities such work entails will require reducing adversarial tendencies by engaging in dialogue with unlikely allies.

A key theme of the workshop was around getting the messaging right about NbS. While the term NbS is relatable and salient to many, we need to get the story right and promote stories that help to create understanding of and demand for NbS among a wide range of actors. To do so we need to attach easy-to-grasp messages to the concept, while not underestimating complexity. While simplicity in messages is often sought for policymaking, oversimplifying NbS can displace the nuances which need to be appreciated to implement effective, place-based approaches. The key is striking the right balance between simplicity and complexity for a particular decision-making context, as highlighted by Graham Wynne. While challenging, honest but effective communication is essential for uptake of the concept and to harness its potential for societal change.

NbS should support or enhance biodiversity, but not all conservation measures are NbS

As said by Stewart Maginnis, this requires acknowledging that while all NbS should support and enhance biodiversity, not all conservation measures can be classified as NbS. This is because NbS and conservation approaches diverge in their ultimate outcomes. While NbS focuses on ecosystem health, and landscape integrity, ultimately the focus is on addressing societal challenges for people, while conservation focuses on the preservation of species and ecosystems. Therefore, a given NbS may not necessarily be the best action for benefitting biodiversity. For example, on degraded landscapes, the best action from a conservation standpoint may be to fully restore intact forests, whereas from an NbS standpoint, the solution to best address local needs may be a mosaic of forest restoration and agroforestry. Graham Wynne highlighted that ensuring honest narratives around NbS is essential because such potential trade-offs need to be appreciated for informed decision-making.

Differentiating what is and is not a NbS from an objective standpoint is implausible because the answer is context dependent. Meaningful discussions of what counts as a NbS should be framed around a defined social-ecological context. The spatial, temporal, and stakeholder boundaries of the system need to be explicitly delineated in practice. In turn, what qualifies as a NbS in one setting may not qualify as a NbS elsewhere. First, what determines a NbS depends on for whom and for what the approach is conceptualized. A NbS to a specific issue depends on the perspectives of local stakeholders (e.g. i.e. what issue to address). Second, what is counts as a NbS depends on the counterfactual i.e. what would have happened otherwise. For example, agroforestry may not be a NbS if it entails replacing primary forest which sustains water production for the local community. However, the same action may be framed as a NbS if it replaces unsustainable intensive modes of agricultural production, or is established on degraded grazing land.

Context-specificity does not preclude the design of NbS guidelines

The context-specificity of NbS does not render core messages or guidance around NbS impossible. To the contrary, we need to be clear on the value proposition of NbS. Guidance is essential to shape effective narratives and support evidence-base policy and practice. The key is to promote flexible guidelines which can be applicable across contexts. For example, David Nabarro highlighted that NbS should not be viewed as an offset mechanism, which many see as a serious barrier to reducing emissions. Recently published guidelines by the NbSI highlight this point, along with three other core messages for sustainable, successful NbS. Stewart Maginnis discussed the Global Standards for NbS to be launched at the World Conservation Congress in June 2020 after a multi-phase global stakeholder consultation process. These are designed to operationalize a set of core principles for NbS. The point was made that these standards are meant to be facilitative rather than normative, in order to support rather than define or standardize the design, implementation, monitoring and evaluation of NbS. In line with the view of NbS as approaches to global challenges, these standards are designed to be broadly applicable. Therefore, they do not specifically focus on NbS to address climate change, but on NbS to benefit society in any way.

Nature-based Solutions hold great potential to address global environmental crises and support sustainable development and well-being. Harnessing NbS to support a transformation towards a socially and environmentally sustainable world requires powerful narratives. Together, we can collaborate to generate success stories and evidence to support greater appreciation of and demand for NbS. As key processes and events in biodiversity and climate policy proceed, this year presents a crucial opportunity to mainstream NbS. The NbSI is committed to supporting evidence-based policy on NbS and a broader understanding of how NbS can be harnessed for climate change.