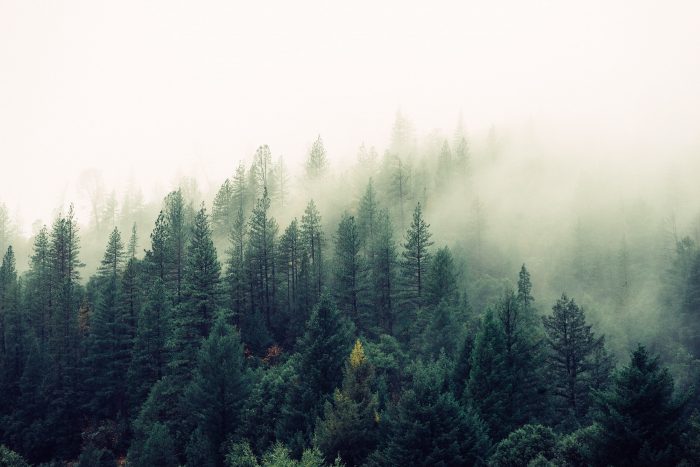 Forest-associated increases in low-level cloud cover have a cooling effect on the planet.

A recent study published in Nature Communications presents the first global assessment of forest restoration via satellite observations. As forests are a key carbon sink due to their capacity to sequester carbon, they play a crucial role in efforts to mitigate climate change. Protection and restoration of forested areas is therefore a key tool in such efforts. However, forest cover can further affect the climate system through biophysical effects: impacting the hydrological cycle, the surface radiation budget and on planetary albedo itself.

By using global data records of cloud and land-fractional cover produced by the European Space Agency’s Climate Change Initiative, the authors examined the effect of the transition of vegetation cover into deciduous and evergreen forest. The results showed that for 67% of sampled areas across the world, increasing forest cover increases low-level cloud cover. Clouds generally increased over the whole year in afforested areas in temperate, tropical, and arid regions by up to 15%,  with increased cloud cover resulting in a cooling affect on the planet.

The effect is not universally applicable, with variations due to forest type and climatic region.  Low-level cloud cover increase was found to be strongest over evergreen needle-leaf forest compared to broad-leaf forests. Across North America, Russia, and Eastern Europe (when snow cover is widespread), winter and spring cloud cover was found to be reduced over forests compared to open land, but increased during the summer, with increases in cloud cover by about 5%.

The use of climate mitigation through forest restoration, and avoided deforestation is a useful tool due to the carbon capture by forests, but the findings increase knowledge of forests’ wider climate benefits. The localized cooling and rainfall generation give forests additional hydrological value, adding further to many other ecosystem services native forests provide including preventing soil degradation, enhancing biodiversity, and local cooling by evaporation. With the resulting insights of this study, the authors note that the full range of forest climate benefits further cement the benefits of avoided deforestation and forest restoration.

Find out more in the full Nature Communications journal article.