Many community forest projects have been set up in Nepal. A study of 105 of these found that they have been broadly successful for both increasing carbon sequestration and providing social benefits. The projects have been strengthened as part of the United Nations Reduced Emissions through Deforestation and forest Degradation (REDD+), which provides incentives for increasing carbon stocks in forests. This involved encouraging reduced extraction of forest resources, such as by providing cooking stoves and biogas plants to reduce the need for firewood collection, raising awareness about sustainable harvesting (e.g. of fodder for livestock and fruits/roots to feed families), guarding to control illegal harvesting, and creating alternative sources of income. The latter involved, for example, provision of goats and buffalo to disadvantaged members of communities. In addition, creation of plantations on uncultivated land or sparse forest was encouraged.

Overall the REDD+ activities were found to provide both climate mitigation and adaptation benefits. Carbon stocks increased by an average of 5.1 MgC/ha/yr between 2010 and 2013, with the greatest increase in dense pine forests. However, in some plots’ carbon stocks markedly decreased, largely due to illegal harvesting, logging and road building. The REDD+ project was confirmed to provide social benefits, through increasing communication and cooperation between communities and organisations. Interviews showed that this resulted in increased confidence in the resilience of the communities to climate change. 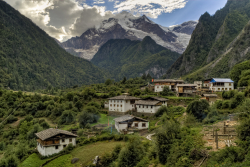 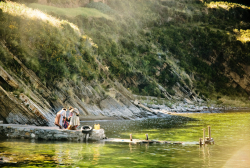 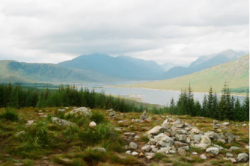